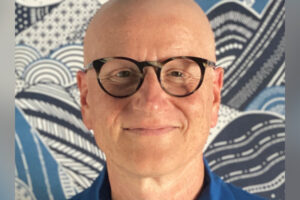 I have been providing psychotherapy and psychological assessment to the public since 1985, and consultation and clinical supervision to other mental health professionals since 1991.

I earned my bachelor’s degree from Queens College, City University of New York and I received my graduate training at the Ferkauf Graduate School of Psychology, Yeshiva University in New York where I earned my Doctoral degree in Clinical Psychology  in 1991.  I completed my clinical internship at the Brentwood VA Medical Center of West Los Angeles in California.

From 1991-1992, I was a clinical coordinator and supervising psychologist for the Adolescent Day Hospital Program at the Bronx Children’s Psychiatric Center in New York.

From 1992-1996 I worked as a Supervising Psychologist and Team Leader at the Continuing Day Treatment Program and Partial Hospitalization Program of Queens Hospital Center in New York and held an appointment in the Department of Psychiatry at the Mount Sinai School of Medicine.  I also maintained a private practice in New York at that time.

After relocating to Tampa in 1996, I worked as a Supervising Psychologist in the outpatient department of the Zephyrhills Correctional Institution in Zephyrhills Florida.  I became the Clinical Director of the Residential Substance Abuse Treatment Program for Offenders with Co-occurring Disorders at Zephyrhills Correctional Institution from its inception in 1997 until it closed in 2001.  I have been a consultant and trainer in the area of Dual Diagnosis in both community and correctional settings.

I have been in full time private practice in Tampa since 2004.  I hold active memberships in the following professional organizations: