On the Topic of Self-Esteem and Male/Female Relationships

by | | A Dunedin Psychologist's Musings RE What Does Psychotherapy Have to Offer Me?

On the Topic of Self-Esteem 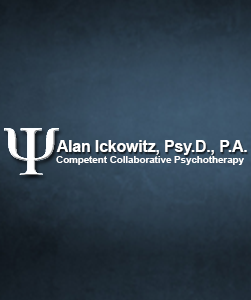 On the Topic of Self-Esteem

Self esteem drives almost everything in our lives.  Most actions that we take are done in an attempt to increase our self esteem or that feeling of self satisfaction and well-being that we get when we feel good about ourselves.  We also take action to avoid the opposite, i.e., feelings of depression, guilt, or shame, and sometimes that feeling best described as ‘falling apart’.  When at times, we find ourselves perplexed by our own behavior or the behavior of others, in one way or another, the reason behind the behavior is often to avoid a drop in self esteem or increase the self esteem we experience.

(This can be difficult to observe at times because this is true even when our action causes us to feel ‘bad’ in some way.  The action is still the lesser of the two evils that can be seen when we look deeply enough, and in some way, led us to feeling ‘less badly’ than another choice would have created).

In my practice as a psychologist in Tampa, and in working with couples in marriage counseling, I have often observed the differences in men and women in the way they tend to pursue increasing their respective self esteem.   Women tend to feel better about themselves when they are increasing emotional intimacy and connections with others, often by observing themselves giving to others and making others feel good.  Men tend to pursue feeling good about themselves when they are productive, achieving goals, accomplishing tasks, solving problems.  This is not anyone’s fault; it is how we are, both by nature, and by the reinforcements of our culture’s value system.

However, because of this difference, conflicts occur both between men and women in intimate relationships and often within a particular individual.  For example, in our society where traditional gender roles have expanded, a woman may struggle to feel good about herself when she is trying to both, feel she is doing enough in her relationships and by being a competent professional.  Similarly, a man may feel a drop in his self-esteem when he is trying to add time to spend with his wife or his children engaged in emotional connection and needs to sacrifice the time he spends on work production, his usual way of feeling good about himself.  Recognizing the differences and the legitimate struggles we have to feel good about ourselves can help increase our empathy for one another so we can work more collaboratively in our relationships towards more satisfying resolutions.